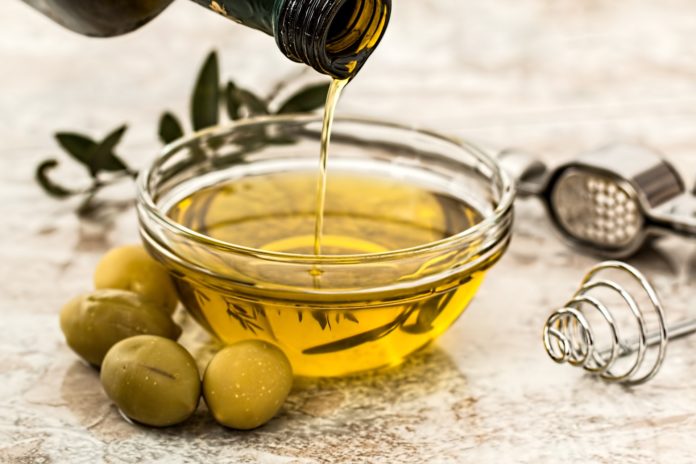 Every two out three ‘extra virgin’ olive oils sold in the US are probably fake. This includes many of the well-known big brands sold in your local supermarket.

According to a University of California study, olive oil brands that failed to meet ‘extra virgin’ quality standards include:

Dodgy suppliers are trying to cash in on the $1.5 billion US-market by producing low-grade olive oil and calling it ‘extra virgin’. In Italy, one recent police raid alone netted a criminal gang with fake oil worth $8 million.

Illegal factories in Europe pump out thousands of gallons of fake olive oil, label it with a false Italian sounding brand name and dump it on markets worldwide.

Hard to Spot by Taste Alone

Olive oil ‘experts’ find it hard to tell the difference between fake ones and the real thing by taste alone. In many cases, olive oil is diluted with poorer oils. In the worst examples, there is no olive oil at all. Industrial chlorophyll and artificial flavorings are added to cheap soy or canola oils to pass them off as olive oils.

The label ‘virgin’ doesn’t by itself tell you the quality of olive oil. There are in fact four grades of virgin olive oil. The lowest of these is not edible and used in the manufacture of goods such as soap. The highest grade, ‘extra virgin’ olive oil, is made using very high standards including strict temperature controls and acidity tests.

The Mediterranean diet uses a lot of olive oil. It is one of the main reasons why that region’s population enjoys some of the best health and the longest life spans in the world.

Olive oil’s medicinal qualities have been used for more than 5,000 years. More recently, modern science has shown olive oil can:

So, How to Tell the Difference? Do This Test

It is not just your money at risk from fake olive oil – your health can suffer too. In Spain, 600 people died, and 25,000 put in the hospital by toxic industrial oil passed off as pure olive oil in the early 1980s.

So how can you tell if your virgin olive oil is all it claims to be? A basic test is to put it in the fridge and see if it solidifies. If the oil doesn’t set, then it is not olive oil. If it does, then you might have olive oil. Changing into a solid will show it is a monounsaturated fat, but not if it has been diluted or polluted with chemical flavorings and colorings.

According to the University of California study, brands with pure extra virgin olive oil include:

So, do yourself a favor and stick to these latter brands. Your good health will thank you.

AI Learns to Code by Stealing