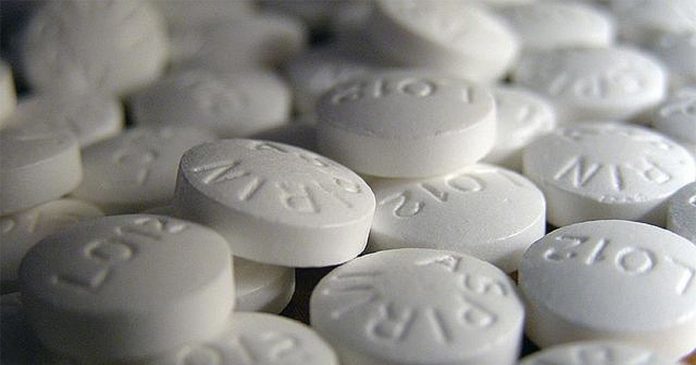 Your daily aspirin to guard against heart attacks could be doing you more harm than good, according to a joint UK-Dutch study.

Patients taking aspirin to help with irregular and rapid heartbeats (atrial fibrillation or AF) are almost twice as likely to suffer an acute heart attack than those using Warfarin for the same purpose.

The study by Southampton University in the UK and the Netherland’s Maastricht University looked at 30,000 patients with AF. Those taking a daily aspirin to thin blood were 1.9 times more likely to have a serious heart attack compared to patients using the anticoagulant Warfarin.

Because of the study, aspirin is no longer recommended in UK doctors’ guidelines for treating AF patients. The research, published in the British Journal of Clinical Pharmacology, also raised concerns that new direct oral anticoagulants drugs similarly increase the risk of heart attacks in AF patients.

There has been mounting evidence over recent years linking aspirin to an increased danger of heart attacks.

The new findings echo a 2015 UK health authority warning that aspirin could be detrimental to AF patients. There is evidence to suggest that aspirin can lead to bleeding in the stomach, and in rare cases the brain.

A Taiwanese study earlier this year also found that using aspirin and ibuprofen to treat colds and flu is linked to a higher probability of heart attacks.

The National Taiwan University Hospital research revealed that people taking painkillers like aspirin for respiratory infections are three times more likely to suffer a heart attack than those who did not. Patients taking painkillers intravenously are more than seven times at risk, according to the analysis of more than 9,000 patients.

It is believed aspirin and ibuprofen raise blood pressure by increasing the body’s retention of water and salt.

Although the Taiwanese study’s findings are not conclusive, the authors recommend doctors use caution when prescribing painkillers to people with respiratory problems and pre-existing medical conditions. Further research is needed to shed light on any link between painkillers and heart attacks, according to the research published in the Journal of Infectious Diseases.

For over a decade, doctors and heart specialists have been encouraged to prescribe aspirin to guard against heart attacks. It was widely thought that the painkiller thinned the blood and so prevented the clots that cause strokes and other serious problems.

However, the effectiveness of aspirin in preventing heart problems is now highly disputed. A 2010 study in Scotland showed high-risk patients who took aspirin suffered a similar heart attack rate as those on a placebo. Published in the Journal of the American Medical Association, the study was used by the US’s own Federal Drug Administration (FDA) to stop pharmaceutical manufacturers’ labeling aspirin as a heart attack prevention drug.  Specifically, Bayer AG’s request to use such marketing was denied in 2104. The FDA has also issued warnings about taking aspirin with other blood thinners or anti-coagulants.